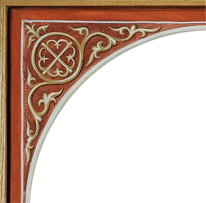 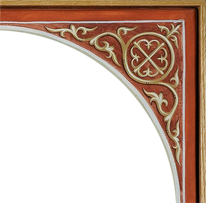 Give rest, to the soul of Thy servant, O God,

and establish him in Paradise.

Whereth choirs of the saints, and of the just,

Give rest to Thy servant who has fallen asleep,

overlooking all their transgressions.

+from the service book of the Panikhida

To Schedule a Panikhida Service: Please email us at stmarkofephesuskingstonma@gmail.com

Payment for a Panikhida Service: In Thanksgiving to God, an offering to St. Mark of Ephesus Orthodox Mission should be made and all donations are greatly appreciated.

It is also not uncommon for family and friends of the departed to make Koliva for a Panikhida. Koliva is essentially boiled kernals of wheat mixed with dried fruit and nuts. It can also be sweetened with sugar and spices, and/or covered with powdered sugar to resemble a tomb or grave. The wheat in the Koliva is symbolic of death and resurrection, according to the words of the Gospel: Most assuredly, I say unto you, unless a grain of wheat falls into the ground and dies, it remains alone; but if it dies, it produces much grain. (John 12:24)

Wheat which is planted in the earth and rises in new life is symbolic of those beloved departed who have died in the hope of the resurrection, in accordance with the words of Saint Paul: So also is the resurrection of the dead. The body is sown in corruption, it is raised in incorruption. It is sown in weakness, it is raised in power. It is sown a natural body, it is raised a spiritual body and so it written, "The first man Adam became a living being." The last Adam became a life-giving spirit.

This symbolism has its highest expression in the Saints, whose blessed state in heaven has been manifested to the world. For this reason, Koliva is blessed not only at memorials for the departed, but also at time in commemoration of saints. 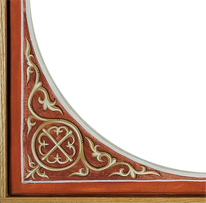 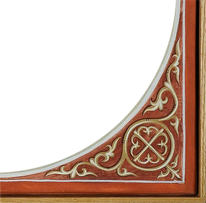